Studio Green from Farrow & Ball is rich, dramatic and grand, and is perfectly suited to the raised ground floor entrance to this large double-fronted house.

The first photo shows the initial removal of holes, dings and surface damage, the second shows the door after two coats of Gras a Lacquer from Toupret. Similar to the product known as “Swedish putty”, Gras a Lacquer is an oil-based high gloss surfacer which “sands to a glass-smooth finish”. You won’t find it in B&Q, but it’s exquisite stuff, well worth tracking down.

A similar alternative, which we have yet to try, is the evocatively named Kodrin Spachtel from Sikkens. 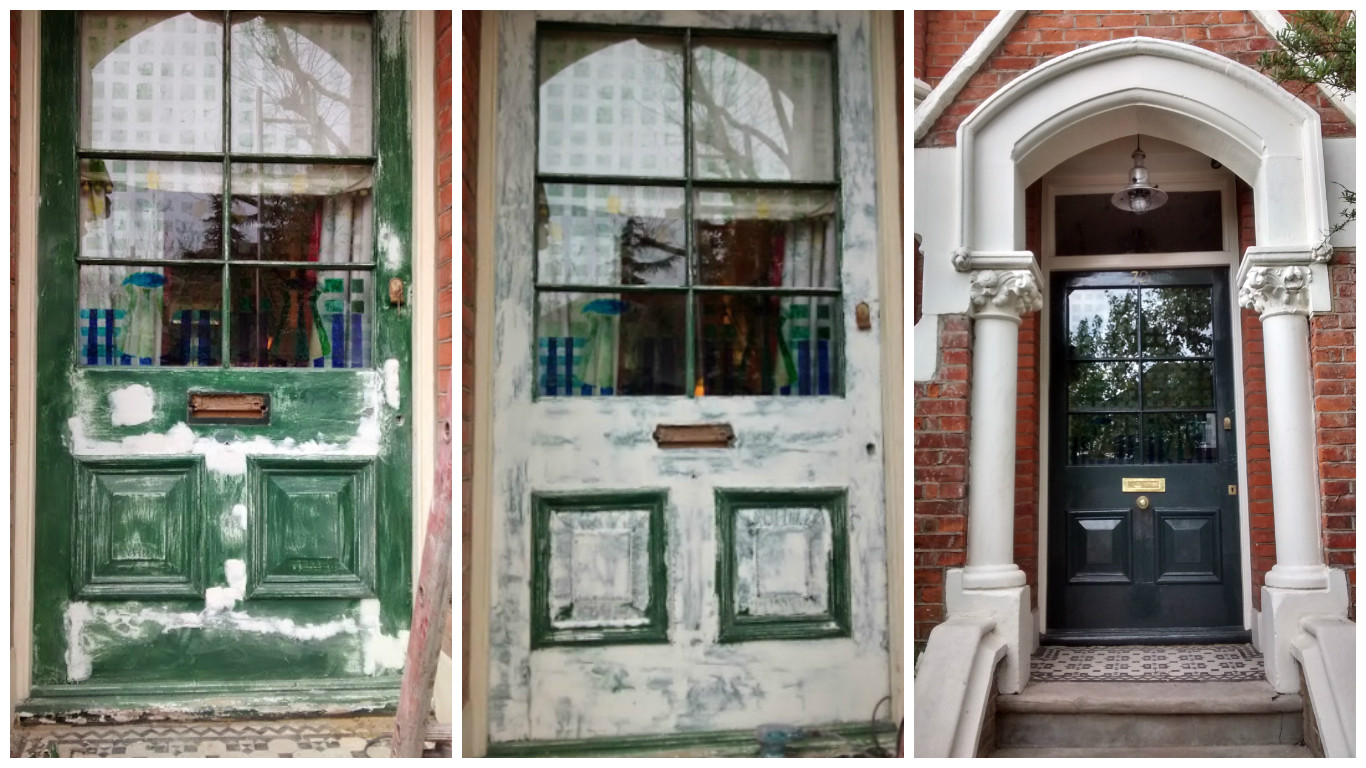