This redecoration work on a flat in Earls Court in west London brought about a dramatic, glamorous transformation to some pre-existing fitted furniture.

The previous cabinetmaking was of a high standard, meaning that the units could be altered instead of replaced.

Firstly, downlighters were fitted to the top of the units; next, new mouldings were pinned on, into which LED ribbon lighting was rebated. The effect of LED lighting such as this is enhanced if the ribbon remains invisible — what is sought is merely the wash of the light itself.

Following the alterations and electrical work, the units were painted in Eico Old White Flat Eggshell and Ican Metallic in q16 nickel, products we can recommend highly to any professional painter and decorator, or keen DIY-er.

The walls were painted in Slaked Lime Mid (149) by Little Greene.

With many thanks to our client on this job, Violet & George, who were responsible for this clever, striking and effective design. 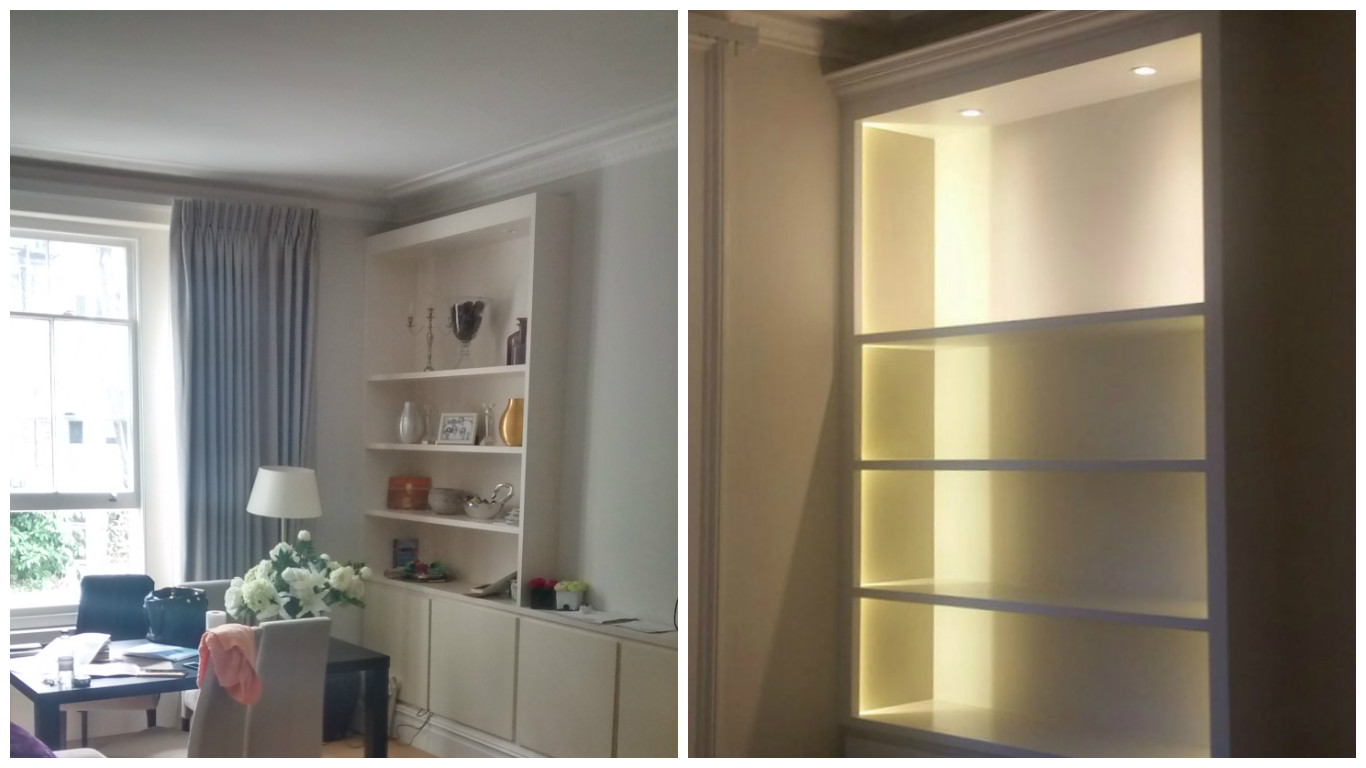